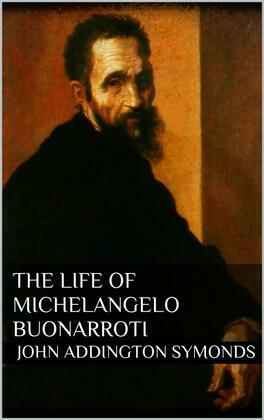 The Life of Michelangelo Buonarroti

The Buonarroti Simoni, to whom Michelangelo belonged, were a Florentine family of ancient burgher nobility. Their arms appear to have been originally "azure two bends or." To this coat was added "a label of four points gules inclosing three fleur-de-lys or." That augmentation, adopted from the shield of Charles of Anjou, occurs upon the scutcheons of many Guelf houses and cities. In the case of the Florentine Simoni, it may be ascribed to the period when Buonarrota di Simone Simoni held office as a captain of the Guelf party (1392). Such, then, was the paternal coat borne by the subject of this Memoir. His brother Buonarroto received a further augmentation in 1515 from Leo X., to wit: "upon a chief or, a pellet azure charged with fleur-de-lys or, between the capital letters L. and X." At the same time he was created Count Palatine. The old and simple bearing of the two bends was then crowded down into the extreme base of the shield, while the Angevine label found room beneath the chief.According to a vague tradition, the Simoni drew their blood from the high and puissant Counts of Canossa.