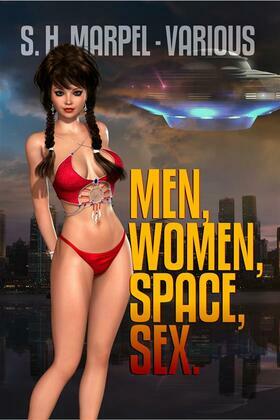 by Various (Author), S. H. Marpel (Author)
Buy for €4.49 Excerpt
Fiction Anthologies (multiple authors) Science fiction Short stories
warning_amber
One or more licenses for this book have been acquired by your organisation details

The oldest relationships in history have been between man and woman.

So what would be much different than finding out that these continue to explore and resolve (mis)understandings out on remote planets through out our solar system and beyond?

After all, it's not like we got things all sorted out on Earth.

Still, in the middle of an adventure, things do get exciting.

Sample these authors from the heady days of Golden Era Space Opera and see if they didn't get it right - or would you do different in those situations?