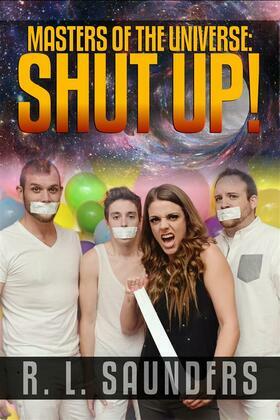 Masters of the Universe: Shut Up!

Censorship is never welcome - by those on the bitter end.

And yet, it happens sometimes.

Even by those who feel they have our "best interests" at heart. Like those satirically called, "Masters of the Universe".

So it's not surprising to find that there are Space Opera Tales and other satirical works found on the simple subject of censorship.

Immerse yourself in this anthology and explore your own opinions about this subject.

Because satire can be entertaining, even inspiring...except, perhaps, to those with thin skins.