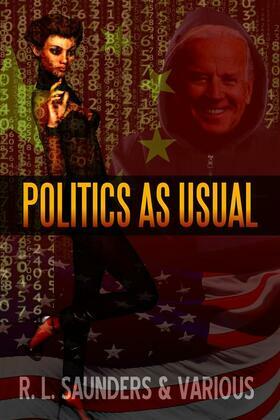 by Various (Author), R. L. Saunders (Author)
Buy for €5.99 Excerpt
Fiction Anthologies (multiple authors) Science fiction Short stories
warning_amber
One or more licenses for this book have been acquired by your organisation details

That means you can trust them as far as you can throw them. And there's the great Mark Twain quote, "Politicians and baby diapers should be changed often - and for the same reason."

Ballot-stuffing, even this electronic version, just pulls on a long history of politico's getting their way. All quite regardless of messy things like "constituants".

Of course, the authors collected into this anthology are long dead, and their stories are placed into the future, on planets no human has visited.

But still, you might be able to see through their facade. Satire is a bit revealing that way.

So, enjoy. And maybe learn something. But at least - enjoy.