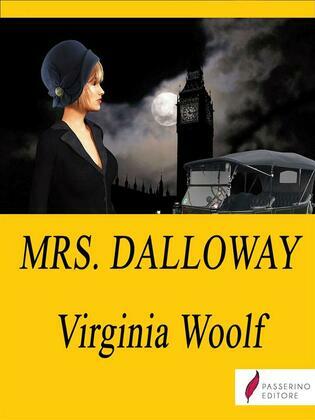 Created from two short stories, "Mrs Dalloway in Bond Street" and the unfinished "The Prime Minister", the novel addresses Clarissa's preparations for a party she will host that evening. With an interior perspective, the story travels forward and back in time and in and out of the characters' minds to construct an image of Clarissa's life and of the inter-war social structure. In October 2005, Mrs Dalloway was included on Time's list of the 100 best English-language novels written since Time debuted in 1923.

Virginia Woolf (25 January 1882 – 28 March 1941) was an English writer, considered one of the most important modernist 20th-century authors and a pioneer in the use of stream of consciousness as a narrative device.