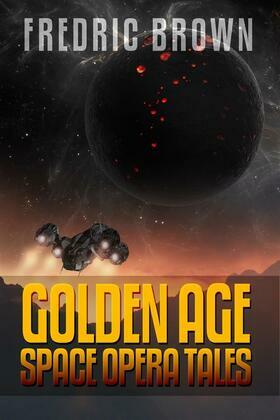 Fredric Brown (October 29, 1906 – March 11, 1972) was an American science fiction and mystery writer. He is known for his use of humor and for his mastery of the "short short" form—stories of 1 to 3 pages, often with ingenious plotting devices and surprise endings. Humor and a somewhat postmodern outlook carried over into his novels as well. One of his stories, "Arena", is officially credited for an adaptation as an episode of the American television series Star Trek.

According to his wife, Fredric Brown hated to write. So he did everything he could to avoid it—he'd play his flute, challenge a friend to a game of chess, or tease Ming Tah, his Siamese cat. If Brown had trouble working out a certain story, he would hop on a long bus trip and just sit and think and plot for days on end. When Brown finally returned home and sat himself in front of the typewriter, he produced work in a variety of genres: mystery, science fiction, short fantasy, black comedy–and sometimes, all of the above.