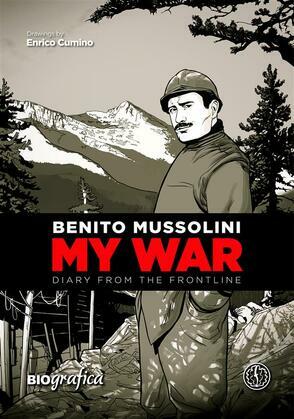 On November 4th 1918, the Great War of Italy came to an end. In this new, original and spectacular form, a diary reemerges, of a soldier that a few years later would mark the history of Italy: Benito Mussolini. The diary of the future fascist leader becomes, for the first time, a historical comic book. Mussolini recounts the acts of war and the more human and psychological aspects of trench life. The script is based, primarily, on the reflections of a pre-fascist Mussolini who, in the trenches of ice and fire of the Great War, completes his human and political formation.