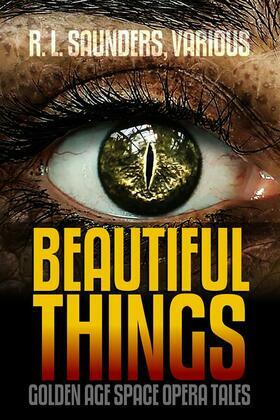 by R. L. Saunders (Author), Various (Author)
Buy for €3.49 Excerpt
Fiction Anthologies (multiple authors) Science fiction Short stories
warning_amber
One or more licenses for this book have been acquired by your organisation details

Drugs can make a mess of things.

And few people know this better than the offspring of the rich and powerful. Or those who have bought or stolen their way into power.

Throughout our long history of fiction (and particularly biting satire) are stories that deal with drugs, their trafficing, abuse, and unforseen consequences.

Here are a handful of thse stories that have come down through the Golden Age of pulp magazine fiction - just to arrive in front of your eyes for your entertainment, and perhaps a barbed comment here and there at the expense of those who are unable to keep from their favorite addiction.

Quite regardless if evidence of their excesses wind up in public hands because of a computer repair...