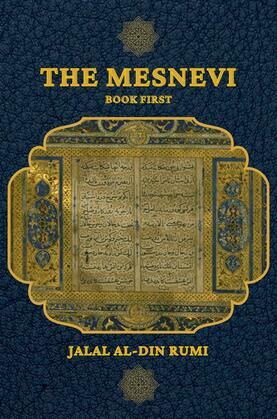 by Jalal al-Din Rumi (Author)
Buy for €2.99
warning_amber
One or more licenses for this book have been acquired by your organisation details

FULL TITLE: The Mesnevi of Mevl?n? Jel?lu'd-d?n er-R?m?. Book first, together with some account of the life and acts of the Author, of his ancestors, and of his descendants, illustrated by a selection of characteristic anedocts, as collected by their historian, Mevl?n? Shemsu'd-d?n Ahmed el-Efl?k? el-'Arif?, translated and the poetry versified by James W. Redhouse.

The Mesnevi is one of the most influential works of Sufism, commonly called "the Quran in Persian". It has been viewed by many commentators as the greatest mystical poem in world literature. It tells mainly the mythical and to some extent the historical past of the Persian Empire. Its diversity, complexity and profoundness, the timeless themes of power, God, love and fidelity, together make The Mesnevi one of the most compelling and memorable spiritual works of world literature. Its author, the Persian poet and Sufi mystic Jalai ed-Din Rumi (1207-1273) found his own religious order, the Whirling Dervishes. To many modern Westerners, his teachings are one of the best introductions to the philosophy and practice of Sufism. This book has entertained generations of readers and profoundly shaped culture and literature—of both Arabian Peninsula and the world— throughout the years.