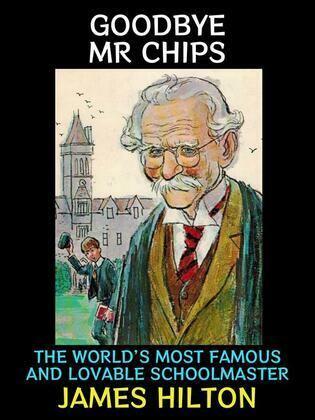 by James Hilton (Author)
Buy for €1.49 Excerpt
Fiction Classics
warning_amber
One or more licenses for this book have been acquired by your organisation details

Arthur Chipping has been Mr. Chips to his students. From his unpolished first years during the Franco-Prussian War through the radical changes of the twentieth century and the outbreak of the First World War, Mr. Chips has shaped many young lives. But Chips has been inspired as well—by the unremarkable and the extraordinary alike, by his colleagues, by a woman who will change him forever, and not least, by his children, “thousands of them, all boys.” Since it was first published in 1934 to international success, Goodbye, Mr. Chips has never been out of print. It was followed by a collection of stories, To You, Mr. Chips, and provided the basis for two award-winning feature films, a stage musical, a radio play, and two television adaptations. Based on author James Hilton’s experiences as a student at the Leys School, Cambridge, this short novel endures as a revelation of the difference one good teacher can make, and “what the better emotions do toward making people important”