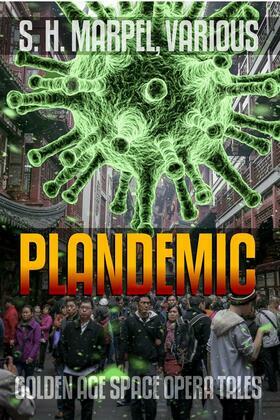 On this world and many others, plague outbreaks always involve the government...

After all, they are the ones who are supposed to be protecting us - not just profiting over logistics. In outer space, it's harder to connect the dots. But those connections are still there.

This anthology of stories take place on other planets, in times yet to come. But they all explore the many questions about how to deal with pandemics - quite regardless of whether the conspiracy theories are ever proved.

Enjoy these short stories in the breaks of time you have. And remember - if you're by yourself, no one can be offended if you don't wear a mask.