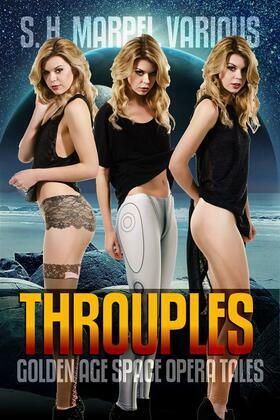 If two are better than one, then three are...

Love triangles are nothing knew to this planet. Classic space opera tails take this subject up more than once. And in places off-world you can only imagine.

So many stories abound that it was no surprise that a nice anthology of these-type stories could be assembled into a luscious anthology all on it's own.

All short stories and novellas for your own quick read in bed, on your couch, or even at the kitchen table. Wherever the mood excites you. Even at work - on your breaks, of course.

Enjoy these classics and find early works by now-unknown authors who had something to say about the male-female relationships in different quantities.