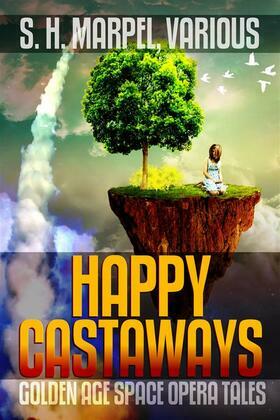 A word that has meant dire warning and inevitable doom through sea faring tales - and now space-faring ones.

Golden Age Space Opera has traditionally ended up with happy endings - or at least, non-tragic.

This anthology of stories concerning castaways in outer space, in times that haven't happened (yet) has that one element in common. Someone wound up marooned and had to make the best of it.

Perfect for settling back in an easy chair, couch, or bed on a solitary evening with only your imagination for company. Or, with these short stories, just being able to escape by yourself for awhile in the midst of our too-crowded modern lives...