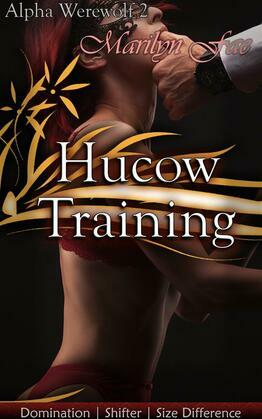 The last thing Erik expects to see when he arrives in the mandatory Shifter class that the University had just set up is a bound hucow being rolled into the class like a sacrifice. Their professor thinks hucows are made to be used and is offering her just for that purpose. He's wrong. She's not a toy to be used. She's precious and most importantly, she's his and he intends to make it clear.

"So, who wants to go first?" Professor Snow address the whole class.

He raises his hand automatically and is pleased to note that none of the werewolves do. The professor frowns because everything he's heard about werewolves had told him that they would leap at the chance to breed hucows.

He doesn't know that they can smell her. They know she belongs to someone. She's his. If they touch her, they're going to be answering to his pack and he's lucky there too, because his pack is strong and powerful, because he's an Alpha on his own and he can take ten werewolves his size without breaking a sweat.

"Alright, Erik. Come on up. You can break her in so that the rest of your classmates can have a go."

He would castrate them before they can get close to her. He pushes his chair back.

Professor Snow yanks her blanket away, showing her off to everyone and briefly, he considers mauling them all. The werewolves avert their gazes politely, but the humans are salivating, several of them already hard as they imagine themselves in his shoes.