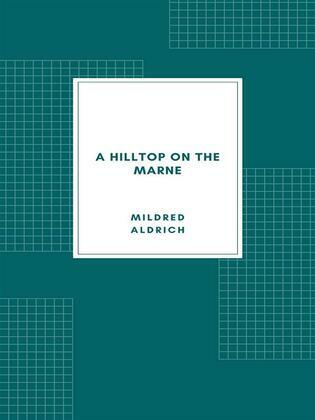 A Hilltop on the Marne

The author wishes to apologize for the constant use of the word English in speaking of the British Expedition to France. At the beginning of the war this was a colloquial error into which we all fell over here, even the French press. Everything in khaki was spoken of as "English," even though we knew perfectly well that Scotch, Irish, and Welsh were equally well represented in the ranks, and the colors they followed were almost universally spoken of as the "English flag." These letters were written in the days before the attention of the French press was called to this error of speech, which accounts for the mistake's persisting in the book.