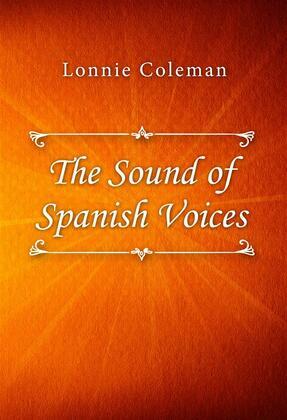 The Sound of Spanish Voices

by Lonnie Coleman (Author)
Buy for €4.49 Excerpt
Fiction
warning_amber
One or more licenses for this book have been acquired by your organisation details

The locale of The Sound of Spanish Voices is a country in Central America on the verge of a revolutionary uprising. Roger Haynes, a young American writer sensitive to conditions around him, living in a pension there, becomes acutely conscious of the general unrest. The recurring animal sounds from the nearby Zoo are symbolic to him of the growingly articulate upheaval around him. And it is brought home to him personally through Estella, the maid at the Pension, with whom he falls in love and who will have none of him, not because she doesn’t care about him hut because her whole allegiance is given to the coming revolution.

Some of the other people at the pension are Señora Fitzsimmons, a would-be great lady, but who had virtually murdered her husband rather than leave this spot where she can pose as she will; Eliot Morgan, the elderly writer who pretends he is still writing and is ill at ease to find a young, practicing writer suddenly in the house; Captain Bradley Fremont, retired, of the U. S. Army, and his young, rather malicious and designing wife, who is after Roger Haynes or any excitement she can get.

The Sound of Spanish Voices is subtly done; at first it seems possibly a comedy of manners in the environs of a lodging house; but the scene broadens, and the contrast between this menage and the plight of the natives predominates. Lonnie Coleman is a novelist who is also an artist: his writing is beautiful, full of imagery and of remarkable fine touches of insight and vision into motive and character, which make a novel not just a story but memorable for its illuminating truth.