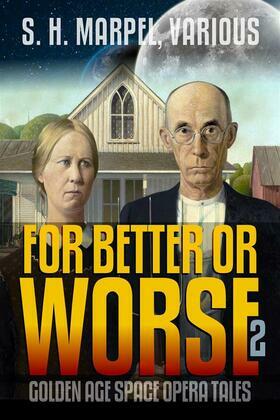 Marriage is a popular theme in space. At least in space opera. That's why this anthology is the second of two on this subject.

Of course, our media would have you believe these days that all marriages are doomed to fail. However the space opera authors here are not so interested in what is as what could be. So the travails of the married and their potentials are far more interesting. And entertaining.

So set yourself down for these short stories and novellas which transport you to new worlds, all in the search for domestic bliss.