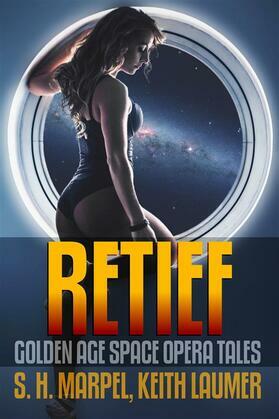 Jame Retief is the main character in a series of satirical science fiction stories by Keith Laumer. The stories were written over a span of thirty years beginning in the early 1960s, without much regard for chronology or any particular scheme.

In the course of the stories, Retief encounters and resolves problems, usually between multiple parties, on numerous worlds. Whether establishing new missions on alien worlds, dealing with the clash of self-determination with established interests, preventing war, or solving cultural clashes, the devil is in the detail. He is master of derring-do, a cunning, fast-thinking, smooth-talking, tough brawler, solving problems through the rapid application of clever dealing, judicious violence, and complete disregard for the directives of the Corps and his immediate superiors.

Scroll Up and Get Your Copy Now.