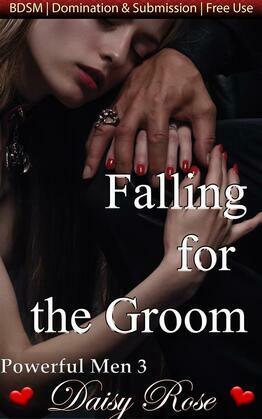 Falling For The Groom

Take one unhappy groom about to make the worst decision ever and marry a cheating bridezilla carrying another man's baby, add one wedding planner slash ex-lover caught in the middle and Sierra has found herself in a disaster waiting to happen. Sierra should never have taken up the job, but she couldn't say no to him, not even when he asks her for the impossible...

"Did you know he bites during sex? Have your lovers ever bitten you during sex before?" The woman blinks up innocently at Sierra through the mirror, but doesn't pause long enough for her to come up with an answer to the inappropriate question because she doesn't actually care. It's merely a dramatic pause so Sierra could act all surprised and ask for details, but Sierra doesn't actually care about details.

Sierra wonders briefly if she could get paid for listening to the things that come out of her mouth. She could be one of those Anonymous Sources that appear in tabloid news articles.

"Has he ever bitten you during sex?" she asks and Sierra lets that silence drag on until it becomes uncomfortable and she clears her throat before continuing like she hasn't asked the question at all. "Of course not," she dismisses the thought easily. "I suppose he only does it with me because we're engaged."

She rubs the ring she's wearing and chews her lip like she's still considering the engagement and thinking of changing her mind or something.

"It's rather horrible," she sighs, closing her eyes as Sierra twists her ponytail into a french braid, fingers trembling slightly from having to resist the urge to yank her hair. "The other day he wanted to tie me up. Can you believe it? It's so gross. I bet he never tried anything like that to his previous girlfriends."

Sierra does the breathing exercise she's learned a few weeks ago when she started dealing with Jen.

"I swear, he worships the ground I walk on. I mean-"

She can't do this anymore. "Please keep your eyes and mouth close? I need to set your hair." She shakes the can several times and musters a smile for Jen, who seems crestfallen that Sierra isn't so affected by what she's saying. The sound of hairspray drowns out anything else she intends to say. She has to stop herself from using the spray forever just so that she didn't have to listen to her yap.