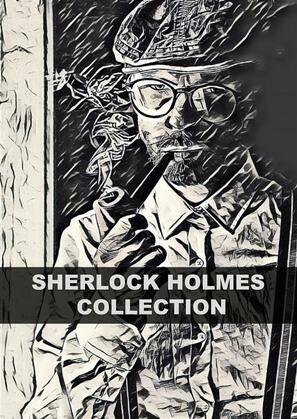 This edition is illustrated with digital art of Hari Abd, specially designed for this book. Although Sherlock Holmes is not the original fiction detective (he was influenced by Edgar Allan Poe's C. Auguste Dupin and Émile Gaboriau's Monsieur Lecoq), his name has become a byword for the part. His stories also include several detective story characters such as the loyal but less intelligent assistant, a role for which Dr Watson has become the archetype. The investigating detective became a popular genre with many authors such as Agatha Christie and Dorothy Sayers after the demise of Holmes, with characters such as Hercule Poirot and Lord Peter Wimsey. Forensic methods became less important than the psychology of the criminal, despite the strong growth in forensics in use by the police in the early 20th century.