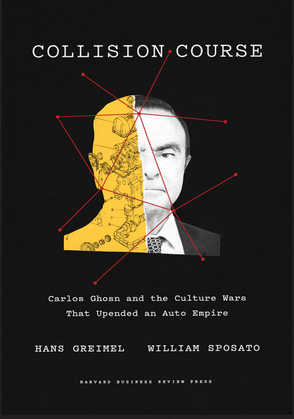 The saga of Nissan and Renault CEO Carlos Ghosn's shocking arrest for corporate malfeasance, and later escape from Japan by being put in a box and spirited away on a private jet by former Green Berets, is the stuff of movies. But there's so much more to this sprawling story of how Ghosn&#8212arguably the most important foreign businessman ever to set foot in Japan—saved Nissan, built a colossal auto empire, and remade the model for global cooperation in a massive and massively important industry. Only so it seemed. Behind the scenes, culture clashes, infighting, corporate traditions, and government involvement made for a fragile, teetering alliance between carmakers. Collision Course is part cautionary tale; part object lesson; part forewarning about the increasing complexity of doing global business in a nationalistic world.