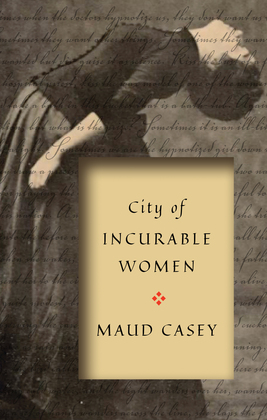 by Maud Casey (Author)
Buy for $16.99 Excerpt
Fiction Literary Historical
warning_amber
One or more licenses for this book have been acquired by your organisation details

In a fusion of fact and fiction, nineteenth-century women institutionalized as hysterics reveal what history ignored

“City of Incurable Women is a brilliant exploration of the type of female bodily and psychic pain once commonly diagnosed as hysteria—and the curiously hysterical response to it commonly exhibited by medical men. It is a novel of powerful originality, riveting historical interest, and haunting lyrical beauty.” —Sigrid Nunez, author of The Friend and What Are You Going Through

“Where are the hysterics, those magnificent women of former times?” wrote Jacques Lacan. Long history’s ghosts, marginalized and dispossessed due to their gender and class, they are reimagined by Maud Casey as complex, flesh-and-blood people with stories to tell. These linked, evocative prose portraits, accompanied by period photographs and medical documents both authentic and invented, poignantly restore the humanity to the nineteenth-century female psychiatric patients confined in Paris’s Salpêtrière hospital and reduced to specimens for study by the celebrated neurologist Jean-Martin Charcot and his male colleagues.