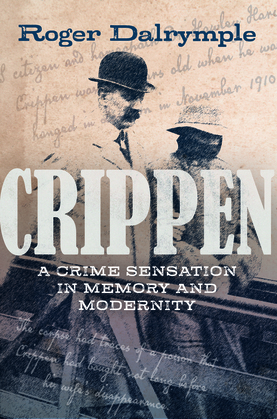 A Crime Sensation in Memory and Modernity
by Roger Dalrymple (Author)
Buy for $24.95 Excerpt
Nonfiction History 1799-before 1945 1945-1989
warning_amber
One or more licenses for this book have been acquired by your organisation details

Almost as notorious as Jack the Ripper, US citizen and homeopath Dr Hawley Harvey Crippen was forty-eight years old when he was hanged in London in November 1910 for the murder and mutilation of his wife. When Cora Crippen vanished in February 1910, he claimed that she had returned to the United States. Yet the discovery of a dismembered body, buried beneath the cola cellar of their house, and Crippen's attempt to flee to Canada with his cross-dressed mistress exposed and convicted him. The case aroused enormous public interest at the time, and it has remained in the popular imagination ever since, memorialised in crime history, fiction, film and even musical theatre. As late as 2007, some American academics were claiming that the dead body was not Cora's and that Crippen was in fact innocent.
This book aims to account for the endurance of the Dr Crippen murder case in the cultural imagination. Highlighting the case's disruptive blending of cultural traditions, it discusses historical precedents, analyses diverse literary traditions, looks at broadside balladry and music-hall repertoire and addresses queer theory discourses. The book shows how the case, part throwback to earlier crime sensations and part presage of a new understanding of criminality, represents a watershed in the representation of criminality and played a distinctive role in the development of crime fiction.

ROGER DALRYMPLE is a Principal Lecturer in Education at Oxford Brookes University.