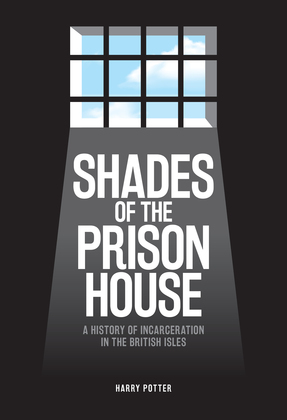 Shades of the Prison House

As entertaining as it is informative, this book explores the history of incarceration in the British Isles from Anglo-Saxon times to the present day.

Shades of the Prison House explores the history of imprisonment in the British Isles from Anglo-Saxon times to the present day. Over the centuries, prisons - from castle dungeons to "lockups" to "penitentiaries" to gaols -have changed radically in name, conditions, attributes and functions, as well as in their character and rationale. Prisons have served many aims: detention, deterrence, punishment, reformation and rehabilitation, all in varying degrees. Yet while prisons and their purposes have been transformed, the same debates on imprisonment have continually recurred. Concerns about overcrowding and over-pampering, security and safety have been expressed from the very beginning, and modern notions that prison might serve a purpose other than containment or punishment were espoused long before the eighteenth century.
Drawing on letters, treatises, personal accounts, histories, legal and official reports and studies of prison architecture and design, this book tells the story of prisons, prison life and those who experienced it, be they prisoners, governors, chaplains, warders, reformers or advocates. As entertainingas it is informative, the book examines the nature and quality of imprisonment over the last fifteen hundred years, before surveying present problems and concluding with thoughts on future directions.

HARRY POTTER is a former fellow of Selwyn College, Cambridge and a practising barrister specialising in criminal defence. Author of Law, Liberty and the Constitution: A Brief History of the Common Law (Boydell Press, 2015), he wrote and presented an award-winning series on the same subject for the BBC. He has also authored Edinburgh under Siege: 1571-1573 (2003), Blood Feud: The Stewarts and Gordons at War in the Age of Mary Queen of Scots (2002), Hanging and Heresy (1994) and Hanging in Judgment: Religion and the Death Penalty in England from the Bloody Code to Abolition (1993). Before being called to the Bar, he worked as a prison chaplain, largely with long-termand life-sentence prisoners.