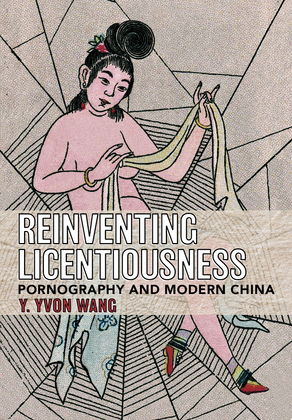 Reinventing Licentiousness navigates an overlooked history of representation during the transition from the Qing Empire to the Chinese Republic—a time when older, hierarchical notions of licentiousness were overlaid by a new, pornographic regime.

Y. Yvon Wang draws on previously untapped archives—ranging from police archives and surveys to ephemeral texts and pictures—to argue that pornography in China represents a unique configuration of power and desire that both reflects and shapes historical processes. On the one hand, since the late imperial period, pornography has democratized pleasure in China and opened up new possibilities of imagining desire. On the other, ongoing controversies over its definition and control show how the regulatory ideas of premodern cultural politics and the popular products of early modern cultural markets have contoured the globalized world.

Reinventing Licentiousness emphasizes the material factors, particularly at the grassroots level of consumption and trade, that governed "proper" sexual desire and led to ideological shifts around the definition of pornography. By linking the past to the present and beyond, Wang's social and intellectual history showcases circulated pornographic material as a motor for cultural change. The result is an astonishing foray into what historicizing pornography can mean for our understandings of desire, legitimacy, capitalism, and culture.