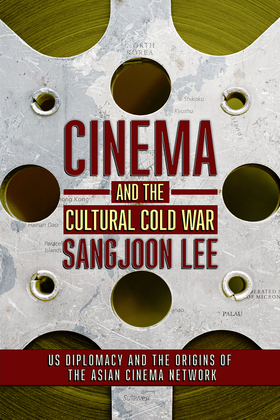 Cinema and the Cultural Cold War

Cinema and the Cultural Cold War explores the ways in which postwar Asian cinema was shaped by transnational collaborations and competitions between newly independent and colonial states at the height of Cold War politics. Sangjoon Lee adopts a simultaneously global and regional approach when analyzing the region's film cultures and industries. New economic conditions in the Asian region and shared postwar experiences among the early cinema entrepreneurs were influenced by Cold War politics, US cultural diplomacy, and intensified cultural flows during the 1950s and 1960s. By taking a closer look at the cultural realities of this tumultuous period, Lee comprehensively reconstructs Asian film history in light of the international relationships forged, broken, and re-established as the influence of the non-aligned movement grew across the Cold War.

Lee elucidates how motion picture executives, creative personnel, policy makers, and intellectuals in East and Southeast Asia aspired to industrialize their Hollywood-inspired system in order to expand the market and raise the competitiveness of their cultural products. They did this by forming the Federation of Motion Picture Producers in Asia, co-hosting the Asian Film Festival, and co-producing films. Cinema and the Cultural Cold War demonstrates that the emergence of the first intensive postwar film producers' network in Asia was, in large part, the offspring of Cold War cultural politics and the product of American hegemony.

Film festivals that took place in cities as diverse as Tokyo, Singapore, Hong Kong, and Kuala Lumpur were annual showcases of cinematic talent as well as opportunities for the Central Intelligence Agency to establish and maintain cultural, political, and institutional linkages between the United States and Asia during the Cold War. Cinema and the Cultural Cold War reanimates this almost-forgotten history of cinema and the film industry in Asia.