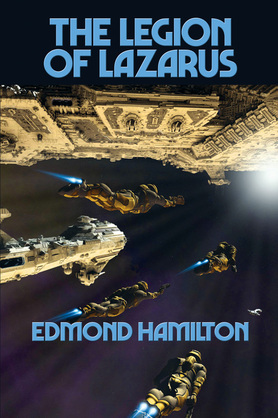 The Legion of Lazarus

by Edmond Hamilton (Author)
Buy for $0.99 Excerpt
Fiction Science fiction Space opera and planet opera Fantasy Contemporary & supernatural fantasy Adventure
warning_amber
One or more licenses for this book have been acquired by your organisation details

Being expelled from an air lock into deep space was the legal method of execution. It was also the only way a man could qualify for The Legion Of Lazarus. Hyrst had been convicted and executed for a murder he did not commit. Fifty years later his body was unfrozen and revived. He was no longer quite the same man he had been, but he still intended to find out who had committed the murder and clear his name.