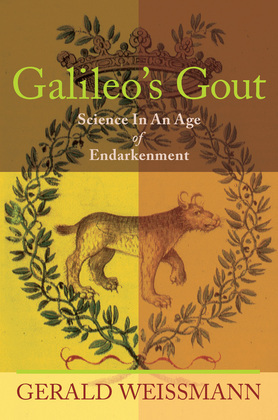 "America's most interesting and important essayist." ?Eric Kandel, Nobel Prize?winning author of The Age of Insight

"[Gerald Weissmann] bridges the space between science and the humanities, and particularly between medicine and the muses, with wit, erudition, and, most important, wisdom." ?Adam Gopnik

Embryonic stem cell research. Evolution vs. intelligent design. The transformation of medicine into "health care." Climate change. Never before has science been so intertwined with politics, never have we been more dependent on scientific solutions for the preservation of the species.

Transporting us across more than four hundred years of pivotal moments in science and medicine, Gerald Weissmann distills history's lessons for today's new age of sect and violence: "The Endarkenment." Among others, he lingers with Galileo and his daughter in seventeenth-century Florence, Diderot and d'Alembert in Enlightenment Paris, William and Alice James in fin de siècle Boston, James Watson as the John McEnroe of DNA, and Craig Venter decoding the genome at the dawn of the twenty-first century. Weissmann's message is clear: "Experimental science is our defense?perhaps our best defense?against humbug and the Endarkenment."

Gerald Weissmann (August 7, 1930 ? July 10, 2019) was a physician, scientist, editor, and essayist whose collections include The Fevers of Reason: New and Selected Essays; Epigenetics in the Age of Twitter: Pop Culture and Modern Science; Mortal and Immortal DNA: Science and the Lure of Myth; and Galileo?s Gout: Science in an Age of Endarkenment.