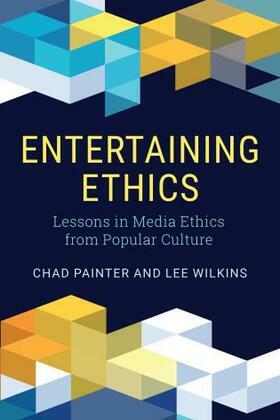 “The play’s the thing wherein I’ll catch the conscience of the king...” Shakespeare was repeating what the ancient Greeks had pioneered—if you want to tell a moral lesson and have it remembered, then make it entertaining.

Chad Painter and Lee Wilkins explore how popular culture explains media ethics and the philosophy that is key to solid ethical thinking. Each chapter focuses on a key ethical concept, anchors the discussion of that concept in a contemporary or classic accessible film, analyzes decisions made in that film with other popular culture artifacts, and grounds the analysis in appropriate philosophical thought.