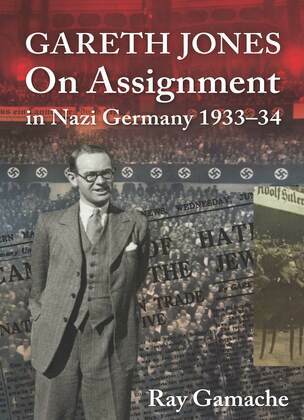 Since Gareth Jones?s historic press conference in Berlin in 1933 when he became the first journalist to reveal the existence and extent of the Holodomor, a Soviet-induced famine in Ukraine in which over four million people died, Jones and his professional reputation have been the focus of a determined campaign by those who deny the famine ever happened. Attempts to destroy Jones?s character, which would de facto undermine the reliability of his reports of the Holodomor, have increased in recent years following global recognition and acclaim for the importance of his work.Citing his professional connections with the Nazis, including:Flying on Hitler?s plane on the day he became German ChancellorHaving a front row seat at a Nazi rally in Frankfurt Noting that he enjoyed a private dinner with Goebbels Having several acquaintances who later took key roles in the Third ReichHis 1935 obituary in a Nazi paper which stated Jones was ?one of us?and his self-confessed love of Germany, speaking fluent German, and making annual visits from 1925-35, there have been a number of accusations that Jones was, in fact, a Nazi sympathiser and fascist collaborator.In this groundbreaking new study, Ray Gamache, an acknowledged expert on Gareth Jones and the reporting of the Holodomor, thoroughly examines Jones?s extensive notebooks, letters, articles and speeches to investigate these claims.In Gareth Jones - On Assignment in Nazi Germany 1933-34, Gamache provides a compelling narrative which refutes claims of Jones?s Nazi sympathies, stating: ?That he encountered some of the most impactful historical figures and events of the 1930s is beyond dispute, and his reporting of those events offers considerable insight into what responsible journalism looked like at that time.?