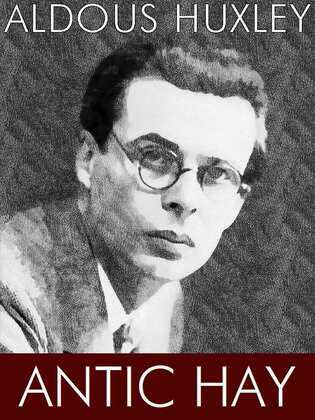 by Aldous Huxley (Author)
Buy for $0.99 Excerpt
Fiction Classics
warning_amber
One or more licenses for this book have been acquired by your organisation details

Antic Hay is a comic novel by Aldous Huxley, published in 1923. The story takes place in London, and depicts the aimless or self-absorbed cultural elite in the sad and turbulent times following the end of World War I.

The book follows the lives of a diverse cast of characters in bohemian, artistic and intellectual circles. It clearly demonstrates Huxley's ability to dramatise intellectual debates in fiction and has been called a "novel of ideas" rather than people.

It expresses a mood of mournful disenchantment and reinforced Huxley's reputation as an iconoclast. The book was condemned for its cynicism and for its immorality because of its open debate on sex. The novel was banned for a while in Australia and burned in Cairo.