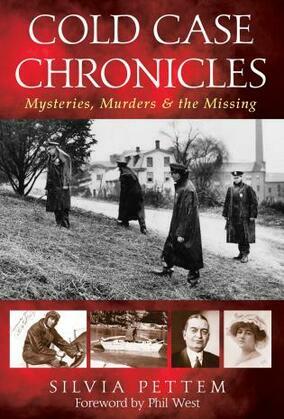 COLD CASE CHRONICLES tells the stories of victims –– some missing, some murdered and some with changed identities. All are true, and each are mysterious in their own ways. The cases in this nonfiction narrative date from 1910 through the 1950s and include evolutions in forensics, as well as historical context in order to view the men, women and children through the lens of time.

Included are recent theories on the cases of Judge Joseph Crater (missing from New York City in 1930) and film director William Desmond Taylor (shot in Hollywood in 1922). Other chapters help to unravel the mystique of individuals with changed identities. Included, too, is a case of aerial sabotage, the "Boy in the Box," and unusual disappearances of young women, along with child abductions and four missing adventurers –– Everett Ruess, Joseph Halpern, and Glen and Bessie Hyde. Readers are encouraged to draw their own conclusions, consider how detectives would handle these and other cases today, and learn how genetic genealogy brings new hope for the future.