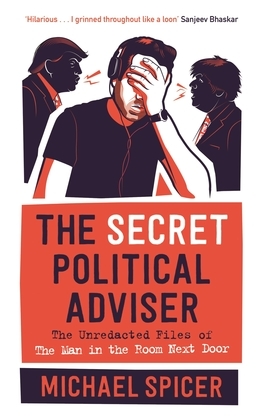 by Michael Spicer (Author)
Buy for $13.29 Excerpt
Nonfiction Humor Topic Political Form Parodies
warning_amber
One or more licenses for this book have been acquired by your organisation details

The hilarious collection of 'leaked' correspondence between Michael Spicer’s genius comic creation - AKA The Man in the Room Next Door - and political figures, ranging from Boris Johnson to Donald Trump and Jared Kushner.

Just who is the secret political adviser calling himself The Man in the Room Next Door? No one knows. We don’t even know his name.

But now the lid is about to be blown clean off, because the secret files of the world’s most influential* political media adviser are published in this book. Packed with letters, memos, texts, tweets, emails, journal entries, leaked documents and crude doodles, these pages will reveal who The Man in the Room Next Door is and, more importantly, his thoughts on those who employ his services, including Donald ‘dangerous puffin’ Trump, Boris ‘posh motorboat’ Johnson and some of their least competent colleagues.

This book is the evidence that anyone can be a world leader. Just as long as they’re wearing the right earpiece.

The files for this title were updated and resupplied by the publisher on 26 October 2020 to correct some formatting issues with the ebook edition. Users may need to update their devices in order to access the latest files.