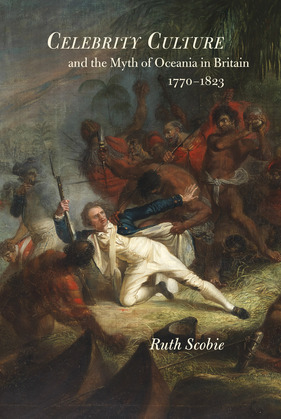 Celebrity Culture and the Myth of Oceania in Britain

1770-1823
by Ruth Scobie (Author)
Buy for $29.95 Excerpt
Nonfiction History <1799 History by country Australia & New Zealand
warning_amber
One or more licenses for this book have been acquired by your organisation details

At the end of the eighteenth century metropolitan Britain was entranced by stories emanating from the furthest edge of its nascent empire. In the experience of eighteenth-century Britain, Oceania was both a real place, evidencedby the journals of adventurers like Joseph Banks, the voyage books of Captain James Cook and the growing collection of artefacts and curiosities in the British Museum, and a realm of fantasy reflected in theatre, fashion and the new phenomenon of mass print.
In this innovative study Ruth Scobie shows how these multiple images of Oceania were filtered to a wider British public through the gradual emergence of a new idea of fame - commodified, commercial, scandalous - which bore in some respects a striking resemblance to modern celebrity culture and which made figures such as Banks and Cook, Fletcher Christian and his fellow mutineers on Pitcairn Island into public icons. Bringing together literary texts, works of popular culture, visual art and theatrical performance, Scobie argues that the idea of Oceania functioned variously as reflection, ideal and parody both in very local debates over the problemsof contemporary fame and in wider considerations of national identity, race and empire.

RUTH SCOBIE is a Stipendiary Lecturer at Mansfield College, University of Oxford.