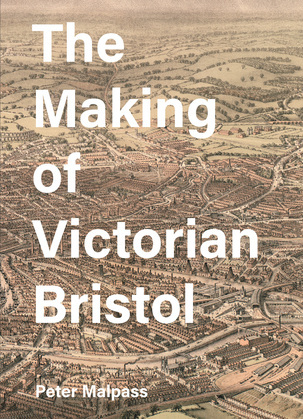 The Making of Victorian Bristol

by Peter Malpass (Author)
Buy for $29.95 Excerpt
Nonfiction History History by country Europe Great Britain 1799-before 1945
warning_amber
One or more licenses for this book have been acquired by your organisation details

Overshadowed by more economically vibrant towns of the industrial north, Bristol's prospects in 1800 were far from certain. This book provides a detailed account of how Bristol was transformed by a growing population, industrial change, technological innovation and urban expansion over the course of the nineteenth century. It explores the development of the physical fabric of the city, looking at the impact on the landscape of new types of buildings, increased housing and the repurposing of older areas, the growth of manufacturing, and the disruptive technologies of the railways and steam-powered ships. The book examines how the population responded to the opportunities, and challenges, afforded by national economic growth and world trade and which groups had the power to decide what solutions should be adopted. Finally, it considers the growing influence of central government on local decisions in relationto issues such as public health, education and housing. The book offers a distinctive and original contribution not only to the historiography of Bristol, but also to the study of urbanisation in nineteenth-century Britain in general.

PETER MALPASS is Emeritus Professor of Housing and Urban Studies at the University of the West of England, Bristol.