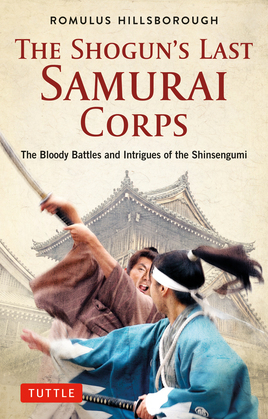 "Power to them meant everything. It was founded on courage, which begot honor. And by this courage and for this honor they fought to the death."

The Shogun's Last Samurai Corps tells the thrilling story of the Shinsengumi?the legendary corps of Samurai warriors tasked with keeping order in Kyoto during the final chaotic years of the Tokugawa Shogunate (1600?1868).

This book recounts the fascinating tales of political intrigue, murder and mayhem surrounding the fearsome Shinsengumi, including: