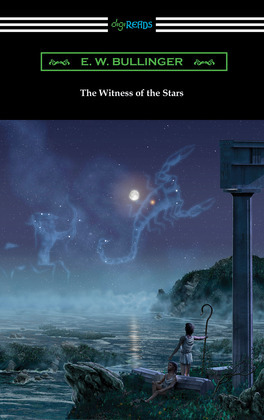 The Witness of the Stars

E. W. Bullinger was a 19th century English clergyman, scholar, and prolific author. He was best-known in his lifetime for the publication of a detailed Concordance and a six-part Companion Bible. In ?The Witness of the Stars?, first published in 1893, Bullinger takes the reader to the time before God left a written record of his word, or scripture. Bullinger rejects the pagan interpretation of constellations and finds instead proof of the word of God to be found in the stars. God has proclaimed his dominion over all of creation and that salvation may only be obtained through Jesus Christ and has left a record of this in the night sky for all to see. Considered by many to be the best of all books examining constellations in the context of Biblical stories and lessons, Bullinger explains the constellations and astrological signs in the context of a close reading of the scriptures. Astrological signs are an important part of many Biblical stories and ?The Witness of the Stars? remains an instructive and insightful study on the relationship between the word of God and the heavens.