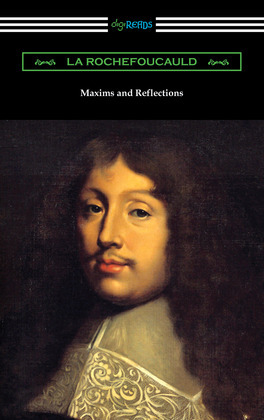 ?Maxims and Reflections? is a collection of wisdom and advice by Francois Duc de La Rochefoucauld, a noted French aristocrat, soldier and author. La Rochefoucauld was born in 1613 in Paris to a wealthy family and was well-educated in the traditional aristocratic studies of the time, which included military history, court etiquette, hunting, proper dress, comportment, and world relations. He took an active interest in public and political issues at a young age and was well-known during his life for his bravery in military campaigns and for his involvement in sophisticated literary circles. In 1665, he published the first volume of his ?Maxims? anonymously. These brief and eloquent words of wisdom and advice were quite popular when they first appeared. La Rochefoucauld went on to add and expand on the ?Maxims? and published new editions several times throughout his life. The maxims and reflections compiled together in this edition touch on many aspects of life, including love, passion, politics, pride, vanity, sincerity, and the countless quirks of human nature. La Rochefoucauld?s observations are clever and astute and remain as thought-provoking and insightful as when they were first written. This edition follows the translations of J. W. Willis Bund and J. Hain Friswell.