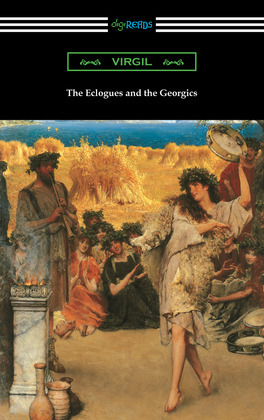 The Eclogues and the Georgics

Written in the first century BC by the Roman poet and farmer Virgil, the two works combined in this volume are two of his three major written accomplishments, the third being his monumental epic the ?Aeneid?. ?Georgics? is primarily concerned with rural life, particularly farming, and its contents are most frequently described as didactic poetry. The happiness and frustrations of crops, vineyards, animal husbandry, and beekeeping are brought to life in Virgil?s rich verse in a work which also serves as a powerful allegory on contemporary politics, reflecting the civil strife in Rome at the time. In the ?Eclogues?, there are a number of herdsmen speaking with each other and making songs. Virgil subtly blends the political turbulence of his time with mythical descriptions of an ideal Arcadia, revolutionary change, and erotic love. Through these two works, Virgil reveals his mastery of language, his creativity with description, and his keen political perception, which combined to give him a reputation as one of Rome?s greatest poets. This edition follows the prose translation of J. W. Mackail and includes a biographical afterword.