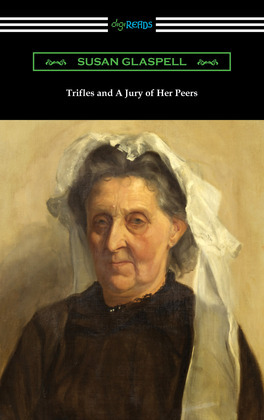 Trifles and A Jury of Her Peers

First performed in 1916, ?Trifles?, by American playwright, actress, and novelist Susan Glaspell, is widely considered to be one of the greatest works of American theatre. Written early in the feminist movement, ?Trifles? is a one-act play that explores how women act in public versus how they are in private. Loosely based on the real-life story of the murder of John Hossack and the suspicion that fell on his wife as the possible murderer, Glaspell?s play compares the official investigation of the murder by the men in charge with the unofficial investigation conducted by their wives. The wives find evidence and insight into the mind of the accused murderer in ways completely ignored by their husbands and as a result are able to discover the truth. An instant critical and commercial success, audiences were riveted with the play?s ground-breaking portrayal of justice and morality. In 1917, Glaspell revisited the murder investigation and published an adaption of ?Trifles? as the short story ?A Jury of Her Peers?. Both of these fascinating and thought-provoking works on feminism and the different views that men and women have on what is right versus what is wrong are presented together in this volume.