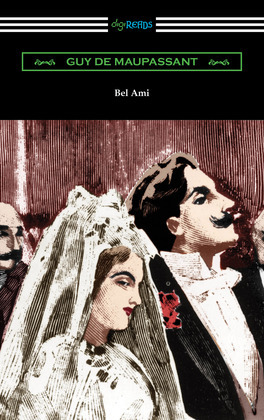 Guy de Maupassant, one of the 19th century?s most admired French writers, is considered to be one of the fathers of the modern short story. Maupassant?s stories are characterized by their wealth of style, clever plotting and effortless resolutions. Many of his stories are set during the Franco-Prussian War of the 1870s, describing the futility of war and the innocent civilians who, caught in the conflict, emerge from catastrophe and change. ?Bel Ami?, written at the height of Maupassant?s career, is his second novel, published in 1885. The story chronicles Georges Duroy?s corrupt rise to power. Georges, a down-and-out journalist, comes from a humble background yet concocts a spectacular rise to the top of Parisian society, most of which he achieves by manipulating a series of powerful, intelligent ,and wealthy mistresses. ?Bel Ami? is not only a vivid portrait of a glamorously crooked and long-vanished Paris, but also a strikingly modern depiction of the destructiveness of unconstrained ambition, sex, and power. This edition includes a biographical afterword.