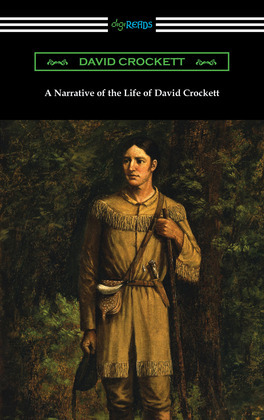 A Narrative of the Life of David Crockett

First published in 1834, ?A Narrative of the Life of David Crockett? is the autobiography of the famous American folk hero Davy Crockett, often referred to as the ?King of the Wild Frontier?. Born in 1786 in Tennessee to an impoverished family who often struggled to make ends meet, Crockett was an adventurous and resourceful boy who was forced at 12 years old to work to support himself. Crockett recounts these early formative years of hardship, as well as his two marriages, famed bear hunts, battles with Indians during his service with the Tennessee militia, and his eventual political career. Crockett became famous during his lifetime for his hunting and fighting exploits and it was this fame that helped him win a seat in the Tennessee state legislature in 1821 and the U. S. Congress in 1827. He often clashed with President Andrew Jackson and openly opposed the Indian Removal Act. Crockett?s political fortunes often rose and fell, as he was defeated in the election of 1831, but re-elected in 1833, before publishing his autobiography. ?A Narrative of the Life of David Crockett? preserves for all time the fascinating and larger than life exploits of this American legend.