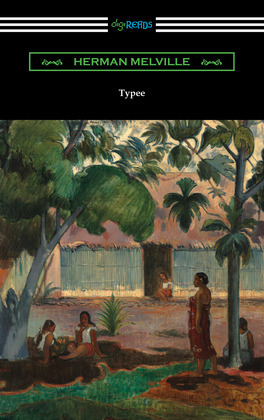 ?Typee: A Peep at Polynesian Life? was Herman Melville?s first novel and the work he was best known for during his own lifetime. Originally published in 1846, ?Typee? was an immediate success and made Melville suddenly into a popular American author. The novel was partially based on Melville?s own experiences as a beachcomber in the South Pacific Marquesas Islands in 1842. He combined actual details from his own one-month stay in the island paradise and embellished these events with thoughts from his imagination and inspiration found in numerous travel books. A romanticized travelogue of the Pacific island paradise Nuku Hiva, ?Typee? is the story of Tommo, a Yankee sailor and his four-month stay on the island. Melville?s work is notable for its sympathetic treatment of the Polynesian natives contrary to the popular view of them at the time as uncivilized savages. The novel is both a rousing and exciting adventure tale of capture and escape, as well as a provocative and sensual account of the native people of the islands and an examination of their society and rituals. This edition includes a biographical afterword.