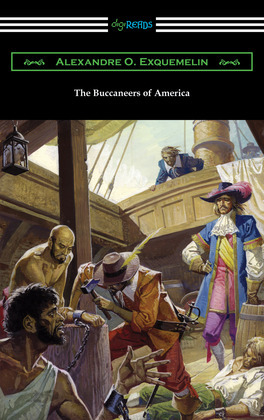 The Buccaneers of America

Alexandre Exquemelin, whose probable French origins remain unclear, was most certainly on board the ship of the infamous pirate captain, Henry Morgan, during his raid on Panama City in 1671. His association with the buccaneers began around 1669, when he was sold from his indentured servitude with the French West India Company to a barber-surgeon, who taught him the trade. His subsequent years as a surgeon on board various pirate ships led to the publication of ?The Buccaneers of America? in 1678. This shocking portrait of the seventeenth century sea-rovers, since revealed to contain several errors and exaggerations, includes Exquemelin?s sensationalized accounts of international criminals who performed inhuman acts of cruelty. The story, originally published in Dutch, was quickly translated into several languages. The original text has attained historical notoriety as an extraordinary source of information about the legendary pirates, despite Henry Morgan?s claims of slander and libel against the publishers of the book, who were later court ordered to revise future editions.