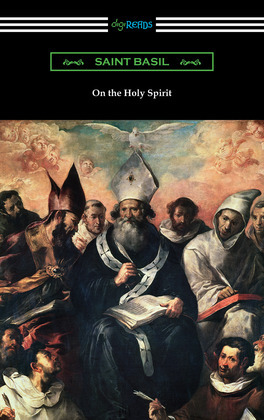 On the Holy Spirit

Saint Basil the Great was an influential early theologian in the Catholic Church. Born in approximately 330 AD, Saint Basil was an important supporter of the Nicene Creed and of the first religious leaders to advance the doctrine of the Trinity. He wrote many significant treatises on his interpretation of the Bible that are still studied to this day and ?On the Holy Spirit? remains his most influential contribution to understanding the role of the Trinity in scripture. Written as a response to those that argued that the Father, the Son, and the Holy Spirit were theologically distinct with different natures, Saint Basil instead contended that there is one God from which all things are born. This persuasive and philosophical work had an immediate effect on the theological doctrine of Saint Basil?s fourth century contemporaries and remains a primary source of scholarship on the meaning and significance of references in the Bible to the Holy Spirit. An essential read for all divinity students and those who wish to better understand the relationship between God and the Holy Spirit, Saint Basil?s work endures as a timeless and thoughtful contribution to early Christian theology. This edition follows the translation of Blomfield Jackson.