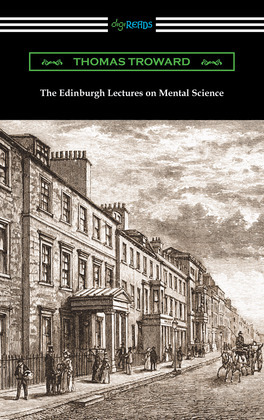 The Edinburgh Lectures on Mental Science

First published in 1909, ?The Edinburgh Lectures on Mental Science? is the ground-breaking and influential work on the power of the mind by English author and jurist Thomas Troward. Largely credited with helping to create the New Thought Movement and the philosophy of the Science of the Mind, Troward?s work is cited by Ernest Holmes, Joseph Murphy, Emmett Fox, and others as a major influence on their philosophies. This collection of lectures explores how to control thoughts so that the full power of the mind may be realized. Troward fuses Western philosophy and Christianity with Eastern ideas of meditation and enlightenment to create a new movement that focuses on the power of positive thought and affirmations to change one?s life. Written in a logical and easy-to-understand format, Troward takes his readers through explanations of the differences between the subjective and objective mind, the law of growth, the power of intuition, the process of cause and effect, the purpose of will power, and how to heal one?s own mind, and many more topics. ?The Edinburgh Lectures on Mental Science? remains a valuable and enriching guide on how to lead a happier and more fulfilling life.