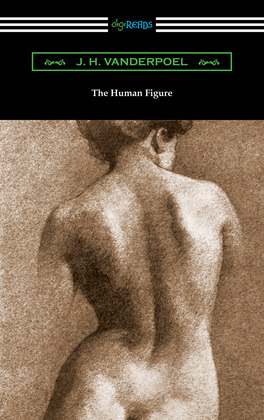 First published in 1907, ?The Human Figure? by J. H. Vanderpoel is a classic and timeless instructional book on drawing human figures. Born Johannes van der Poel in 1857 in the Netherlands, he emigrated to the United States in 1869 with his family. Vanderpoel studied at the Chicago Academy of Design, which later became the School of the Art Institute of Chicago, and at the Academie Julian in Paris with such artists as Gustave Boulanger and Jules Lefebvre. Based on his drawings while teaching at the School of the Art Institute of Chicago, ?The Human Figure? has become a standard school resource for learning figure drawing. Every element of capturing the human form in art is covered in comprehensive detail, from the curve of the lips to the connections between the limbs to the differences in drawing men and women. Vanderpoel provides invaluable assistance to both the teacher and the student and instructs in unrivaled detail how to approach shading, proportion, curvature, expression, age, and each independent physical characteristic. Over a hundred years later, ?The Human Figure? remains a clear, concise, and brilliant guide for drawing the human body.