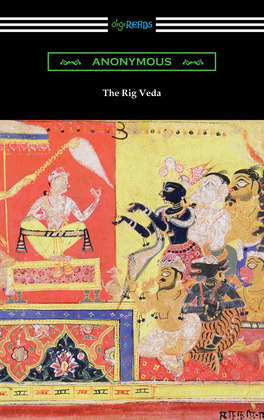 Considered one the four canonical texts of the Hindu religion, known collectively as ?The Vedas?, ?The Rig Veda? is one of the most important works of Hindu scripture. The work is a collection of poems, sayings, prayers, and origin myths. Written sometime between 1700-1100 BCE, ?The Rig Veda? is one of the oldest works of the Indo-European languages. The hymns included in the collection are dedicated to various deities in Hindu mythology, including Vishnu, Rudra, Indra, Soma, and Surya. Many Hindu priests and philosophers have revived and re-interpreted the poems contained in ?The Rig Veda? for use in their modern religious practices. This text is an excellent introduction for English-speakers into the Hindu mythology and religion. Amongst the tales, readers will find moral allegory and ethical guidelines common to Western religion and philosophy. ?The Rig Veda? is a must read for anyone interested in Eastern history, religion, and mythology. This edition follows the translation of Ralph T. H. Griffith.