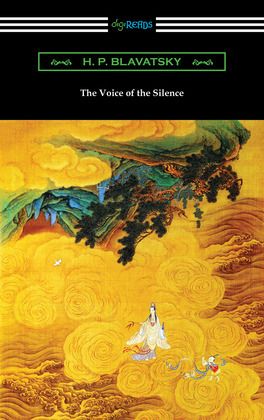 The Voice of the Silence

First published in 1889, ?The Voice of the Silence? is a translation of excerpts of ?The Book of the Golden Precepts?, an ancient, sacred text of Buddhism, by the Russian occultist and philosopher Helena Blavatsky. Well-known for her work co-founding the Theosophical Society in the United States, a mystical and occultist group based around the doctrines of Hermeticism and Neoplatonism, Blavatsky also traveled extensively and spent several years in India and Tibet studying the religions and spiritual beliefs of the East. In ?The Voice of the Silence?, Blavatsky translates and dissects three of the tracts from the ancient Buddhist text that she memorized during her travels. In these translations, Blavatsky explains the two different paths of Buddhist enlightenment: the personal and selfish path that seeks only to alleviate one?s own suffering and the altruistic path of the Bodhisattva, which seeks to serve and aid all of humanity. With detailed information on the meaning of various Buddhist terms and spiritual practices, Blavatsky?s work was a significant contribution to the growth of Buddhism in the Western world. ?The Voice of the Silence? continues to be read and studied by modern English-speaking practitioners of this ancient religion.