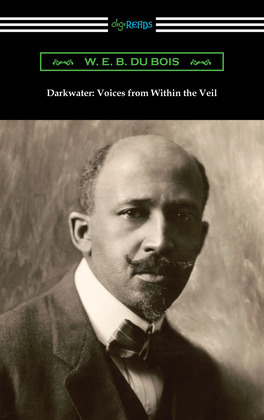 Darkwater: Voices from Within the Veil

First Published in 1920, ?Darkwater: Voices from Within the Veil? is the first of three autobiographical works by W. E. B. Du Bois, the American sociologist, educator, author, historian, and civil rights activist. Presented as a collection of essays, poems, and spiritual songs, ?Darkwater? is part personal memoir and part social commentary and criticism. Du Bois was deeply spiritual and relied heavily on his Christian beliefs throughout his life. Many of the most personal and emotional essays in ?Darkwater? reflect on the hope and strength that his faith has provided, even during the setbacks he faced in the continuous struggle against wide-spread discrimination and prejudice. Du Bois also writes extensively on the problems of racial discrimination in housing and employment and the poverty that such practices have caused in the African-American community. His work brought much-needed attention to these important issues during a time when few prominent political figures were addressing the problem of racism and how it could be solved. Critically acclaimed and widely read after its publication, ?Darkwater? remains a relevant and thought-provoking work on hope and faith in the face of inequality and discrimination. This edition includes a biographical afterword.